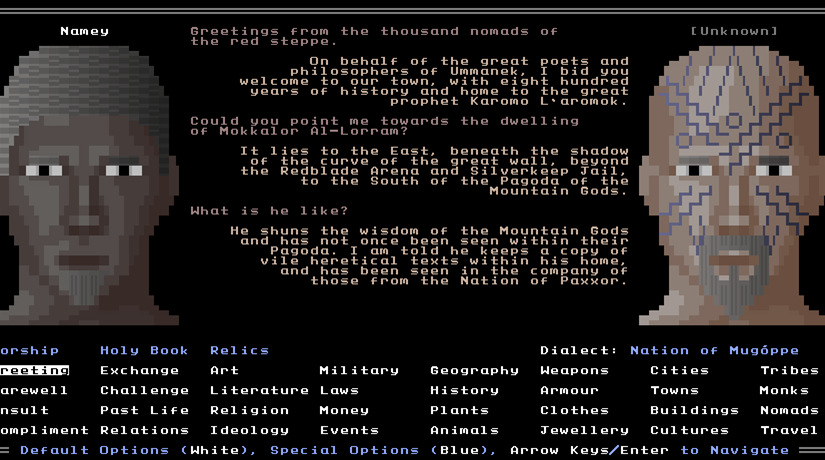 A conference such Poetics of the Algorithm could not have attempted to map out the digital without focusing on video games. For the occasion, one of the founders of Game Studies, Markku Eskelinen, will give a keynote address –“Cybertextuality in 3D”– revisiting his recent book Cybertext Poetics: The Critical Landscape of New Media Literary Theory (2012). Eskelinen is an independent scholar and experimental writer of ergodic prose and critical essays. He is also one of the founding editors of Game Studies, an international journal of computer game research.

Following Eskelinen’s keynote, a panel will be devoted to game design and narratology, an area that Eskelinen also repeatedly explored. Fanny Barnabé, from the Liège Game Lab, will give some perspectives on narration in video games, drawing from her book Narration et jeu vidéo (2014). Mark Johnson will present on research carried out with Darren Reed, both at the University of York: besides being a post-doctoral researcher, Mark Johnson is also a game developer and holder of arcade gaming word records. Finally, David Myers, the author of The Nature of Computer Games, will be presenting on the notion of “possible worlds” within video games. A rich overview of cutting-edge approaches to narrative and video games and great discussions to look forward to!